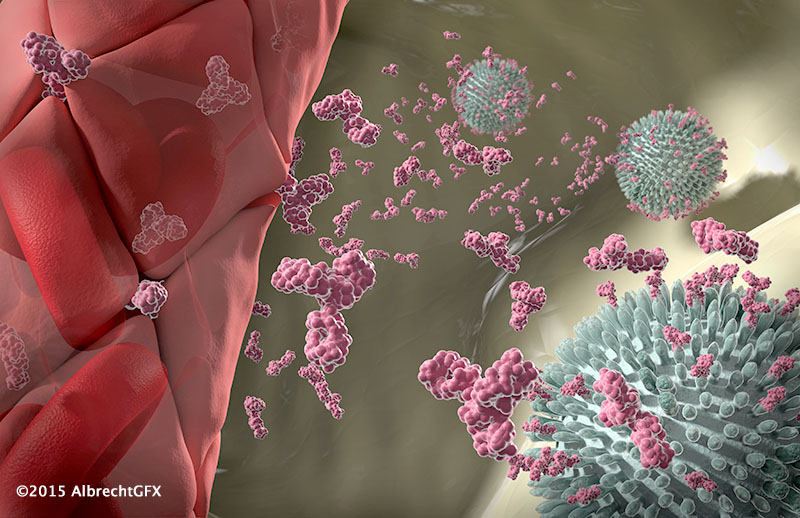 For years, I’ve made calls, sent emails and mailings to let others know about our company, AlbrechtGFX. Now I’m also blogging. That’s what happens in a company with just a few employees–sometimes you have amazing opportunities you’ve never sought or expected to do.

Greetings from the plains of Nebraska, in the middle of the United States! Not exactly the epi-center of high-tech, but not a backroads place either. We’re here because we’re native Nebraskans who happen to have a great interest in transforming complex biological content in to visuals that make science understandable, relevant, and compelling.
Here’s our sample 3D illustration from the 2015 Medical Illustration SourceBook, “Antibodies Neutralizing Respiratory Viruses.” The left side of the illustration shows antibodies released from a capillary attacking respiratory viruses on the right.